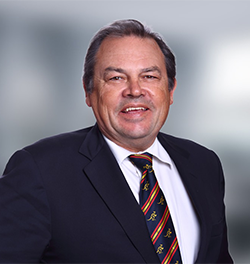 Colin is the founder of Archers with over 40 years experience in property, finance, body corporate management and accounting having founded Archers the Strata Professionals in 1981.

His interests extend to charities including the helicopter rescue service of Lifeflight from which he has recently retired as long serving Director. His interests also include rugby as a past premiership winner, player and President of both Wests Bulldogs and James Cook Uni Rugby.